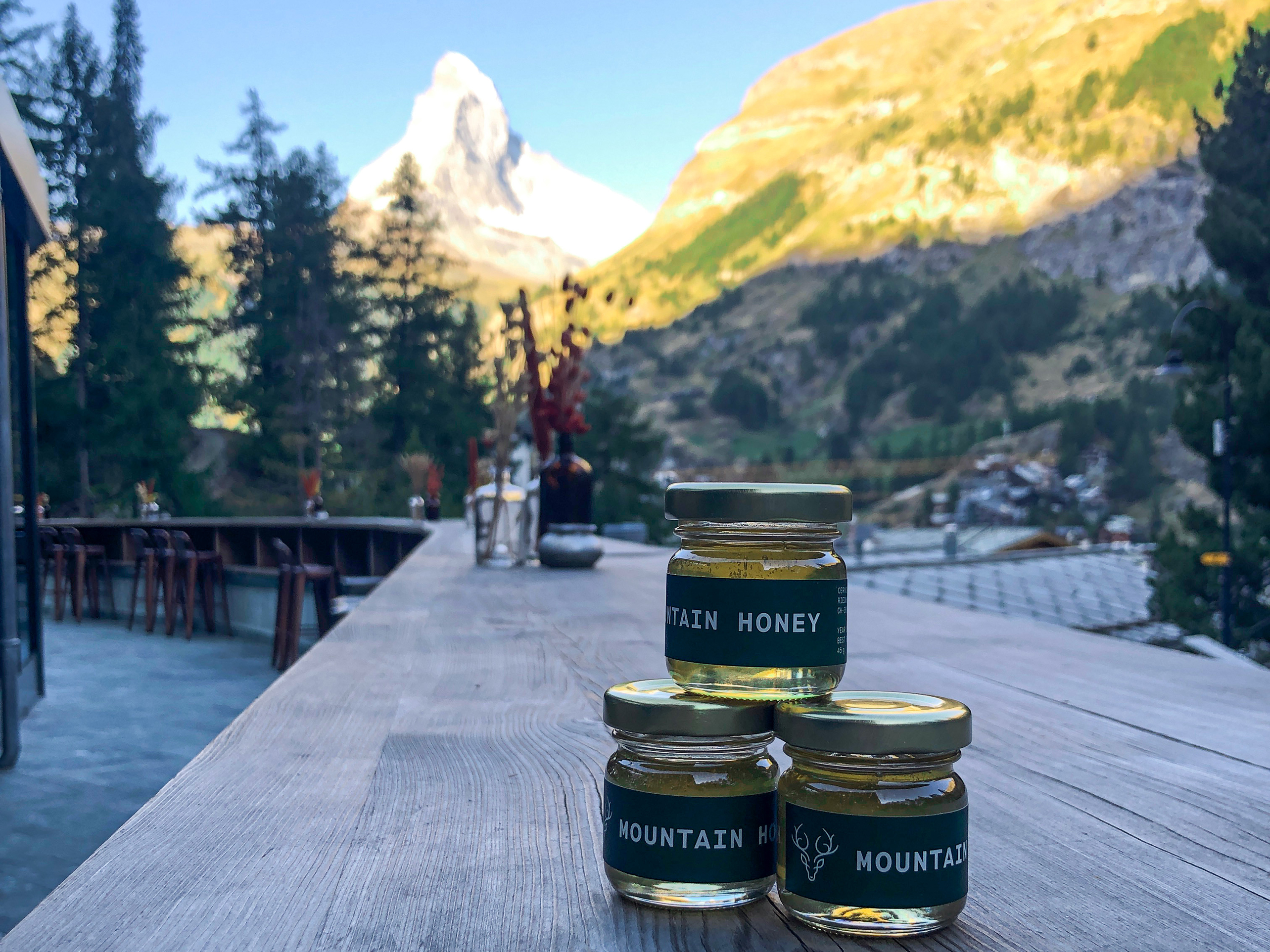 Our bees have been busy this summer. And last week, we were busy as well, extracting and bottling our CERVO Mountain Honey.

How is honey made?

Bees fly from flower to flower, collecting nectar, a sugar-rich liquid with which flowers entice pollinators. The bees then transport the nectar back to their hives in their stomachs.

In the hive, the nectar is passed from bee to bee, similar to a bucket brigade. Drop by drop, the liquid is expressed from the bee's honey stomach and into the mouth of another bee. This process reduces the water content. At the same time, the nectar is enriched with enzymes from the bees' organisms. The now slightly thickened nectar is stored in honeycomb cells and takes on its typical characteristics. When the bees seal the honeycomb with wax caps, the beekeeper knows that the honey is ripe and can now be extracted.

There are several different methods for harvesting honey. CERVO Mountain Honey is obtained by extraction from the uncapped, brood-free honeycombs. This method is the most suitable for honeycombs in frames. The beekeeper generally uses frames with poured-wax foundations on which the bees build their honeycombs.

Before the honeycombs are placed in the extractor, they must be uncapped, either by hand or by machine, to allow the honey to flow into the extractor through centrifugal force. The honey is spun out of the comb onto the extractor walls, runs down and is collected in a container. The honey is then strained to separate any residual wax particles, after which it is poured into a bucket and then into our little CERVO Mountain Honey jars.

What happens to the bees?

After the honey is harvested, the beekeeper inspects each colony to check its population and food supply, whether there are offspring, and if it has a queen.

As our bees were in good shape, the beekeeper took out a good 1 kg of bees from three colonies to create an artificial swarm. This procedure is a simple control measure for varroa mites (reducing varroa levels in the colony, which doesn't just make the bees' lives easier but ensures their very survival.)

At the same time, a new colony is created that supplements the other colonies the following year or makes up for any losses they may have suffered.

The bees are then fed sugar water (1 kg sugar dissolved in 1 litre water), a necessary measure because we have taken away the bees' food supply for the winter – their honey.

At this time, the beekeeper also checks the varroa levels in the hives. This is done by sliding a flat surface underneath the frames. Diverse "refuse", including dead varroa mites, will fall from the frames and onto the surface. A large number of detected mites means that the colony is heavily infested.

After the first feeding of sugar water, the colonies are treated for varroa, as our bee colonies are not able to withstand the mites on their own. Treatment involves the use of formic acid, released as a vapour for one week. Formic acid also kills off mites under the sealed brood caps.

After treatment, the bees are fed more sugar water. Our beekeeper is currently carrying out this step.

If the colonies have enough food (a colony needs approx. 20 kg of food to survive the winter), the 2nd varroa control begins (no later than mid-September).