UNPLUGGED MUSIC
IN THE ALPS

CERVO and Zermatt Unplugged share a long-standing love story. The common passion for the the mountains in combination with the unplugged music looks back on many successful years.

Simultaneously with the birth of CERVO in 2010, the collaboration with Zermatt Unplugged was born. In 2010 Richard Baker was the first musician who played on the terrace of CERVO during the festival. With about 50 people it was a small but beautiful concert in a stunning scenery.

In the following years, the festival grew and with it the size of the concerts. At times up to 1000 people were spread out on the terraces of the CERVO and danced at the foot of the Matterhorn to the legendary concerts of Zermatt Unplugged. During the festival week 5 concerts took place on the CERVO terrace plus special show cases.

For many years, CERVO has also looked after the entire food & beverage section of the festival. And in 2016, the CERVO mobile drove from Zermatt to Zurich as part of the festival promo with the Swiss TV program “Glanz & Gloria”.

A highlight was certainly 2013 the concert of the Swiss band Hecht. Due to the fantastic concert, the band then also visited CERVO in 2019 for the 10th anniversary of the mountain resort.

A special show case of excellence took place 2018 with James Walsh. The plan was a short concert of 40 minutes for the Friends of Zermatt Unplugged. But since many après ski musicians from CERVO were also there, the whole thing developed into a jam session, which lasted until 4 o’clock in the morning.

Not to forget the Chalet Ferdinand, which was already nine months before the actual opening of the restaurant for the first time for the Unplugged Festival in action. The unofficial parties on the Monday before the festival have reached a legendary status.

Anyone who has ever been to Zermatt Unplugged knows it: The old Stockhorn gondola, which served as a bar in the middle of the festival area! Currently it stands next to the Restaurant Ferdinand and received a second (or third) life as a fondue gondola. Four people can enjoy fondue fun in an exclusive atmosphere. 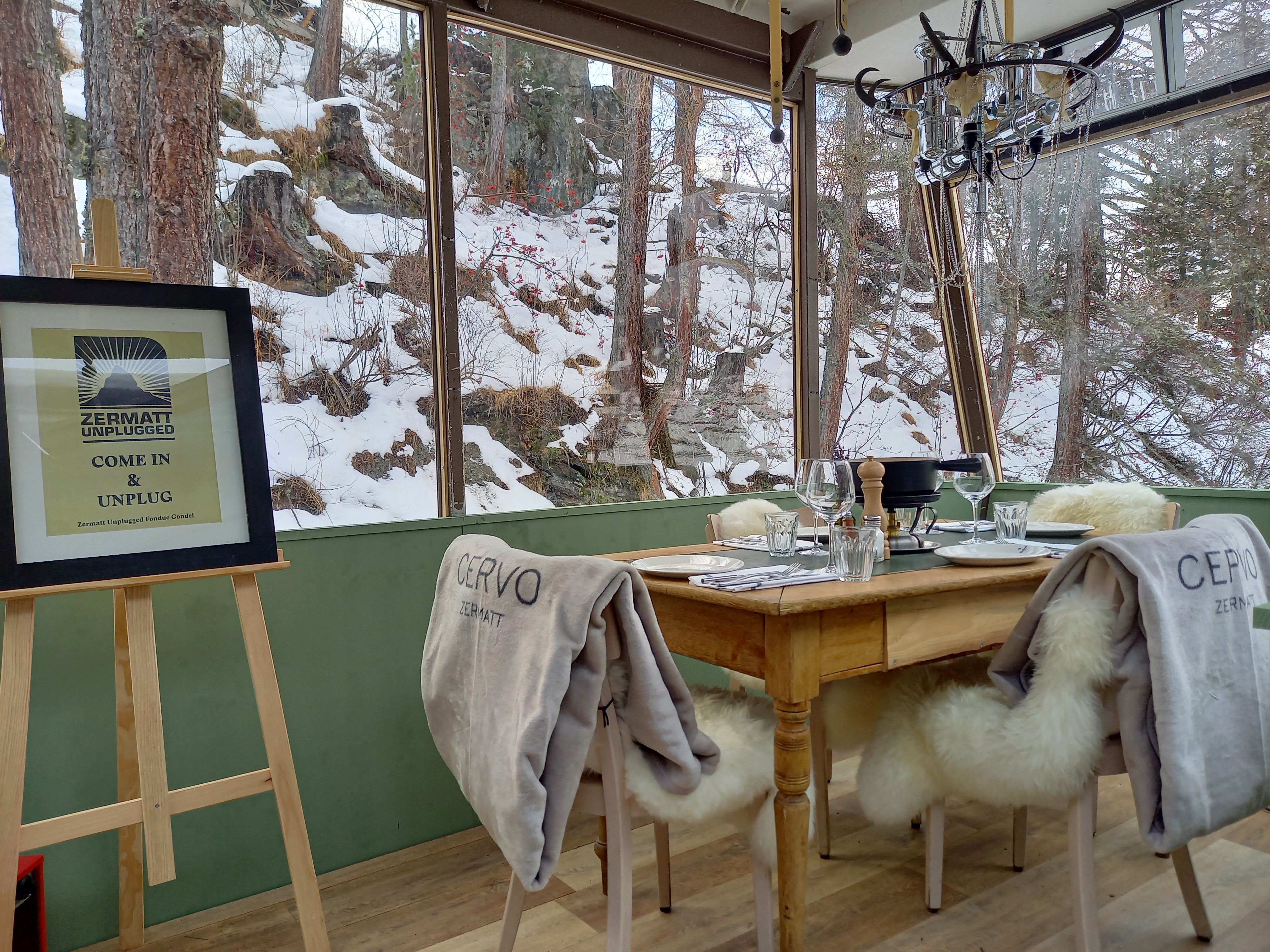 Currently only bookable for hotel guests

Every evening the fondue gondola is exclusively bookable. Reservation 24h in advance appreciated.

The Zermatt Unplugged festival will be back in its original form in 2022. Get ready for a week full of music highlights and extraordinary experiences.